Thanks to a listener suggestion we're starting a two week exploration of the metal, glam and hard rock end of the 1990s with Life, Sex & Death, and their 1992 album The Silent Majority. Jason says LSD are the best live band he's ever seen, and has plenty to share about this one-album-and-done band that featured Van Halen-style riffs with Tom Waits-esque vocals, a weird combination that shouldn't work but somehow does.

Eric James Peterson • 5 years ago One of the best records ever recorded. Big influence!

Steven Muczynski • a year ago This episode was thoroughly entertaining!!!

Joe Royland • 5 years ago Hey guys, wanted to post this sooner, but I've been so busy with work lately I've fallen a bit behind on listening to the cast. Anyway, thanks yet again for proving your namesake worth and reminding me of another great album that, shamefully, somehow fell out of my collected memory banks. After listening to the show, I thought for sure I must have this album, but sadly it appears to be missing from the collection. Going to have to track down another copy of it now, as this is definitely an album worth owning a copy of. There's a lot of love on this record, and as soon as I heard "Fuckin Shit Ass", I was reminded of a former co-worker who loved the song and used to go around muttering the opening lines all the time. I find myself a bit envious of Jason for actually getting to see the live show, as that truly must have been something to see. I think had these guys toured with another band about to break at the time - Stone Temple Pilots - they may have found greater success. I hear some similarities between Stanely and Scott Weiland in the vocal delivery on some tunes, as well as a bit of Mark Lanegan from the Screaming Trees. Anyway, another great show, even though it pained me a bit to hear you guys massacre pronouncing the word '"jawohl". It should be said 'ja' almost like 'ya', and the 'w' in German is pronounced like an English 'v', so it would be 'vol'. Ja-Vol. That aside, my many thanks.

l.x • 5 years ago Hands down a great band Live as well on CD. I you did not see them live you really lost out

Phil Roadkill • 5 years agoFor me this was groundbreaking in so many ways. Alex's guitar tone and style still stirs me to this day. I think this album was way ahead of it's time and it's diversity and varied amalgamation of styles really worked for me. Shame Kerrang only thought it worth 3kkks out of 5. Still look at what Kerrang sucks up to nowadays and nothing surprises me any more. This and The Nymphs are two of my favourite one album wonders. Utterly fantastic and unlimited talent.

Greg Napier • 5 years ago Seen them with Lynch Mob in 91 at Bogart's in Cincy!They were amazing and ABC'S in Concert aired them on a special..I have a Radio show on WMMT-FM via www.wmmt.org on Sundays from 7pm-1am est..I actually still play them! Great live band!

ALEX KANE • 5 years agoI think I may pass this onto the guys if thats ok? Thank you for recognizing our work! ROCK!!!

pollmonster • 5 years ago This album rocks. Thanks for the review.

Brad Wilson • 5 years ago A FANTASTICK and GREAT ALBUM!!!!!

Paul Majors • 5 years ago One of my favorite live shows to see at Hammerjack's in Baltimore!

Butterflyeleven • 5 years ago Wow~This is an incredible album. I still have my CD from 1992-3 and I still listen to it regularly. Even my teenager, (who is into death metal & metal core), recognizes the awesomeness of "The Silent Majority". I made a telephone call to jesus, is it true you'll never leave us.....

ALEX KANE  Butterflyeleven • 5 years agoHi. As one of the guys in LSD, I was the guitar player, I'd like to say thank you for your awesome taste and killer parenting skills. We're always taken aback by anyone whos heard the LP let alone still remembers. AWESOME!!!!!!

Butterflyeleven  ALEX KANE • 5 years agoHi Alex! It is truly a pleasure to get a message back from you. You are such a talented guitar player, I feel honored! I remember seeing you guys live either at Rocky's in Charlotte, NC; or at the Mad Monk in Wilmington, NC. I remember the show, but it is kind of a "hazy" memory if you get my drift! Ha ha, thank goodness I was able to listen to the actual CD over the years, as I frequently over-indulged in various 'substances' during those years until 1996 when my first son came along. I have always tried to allow my children to explore music as they wanted, and never ever censored their choices. "The Silent Majority" is a CD that we have always enjoyed listening to, and that has really stood the test of time. Kids today like it just as much as me & my friends did back in the early '90s. You should definitely feel proud that you were a part of such an accomplishment. What have you played on since then? If you have stayed in the music scene, I'd sure like to know what other projects you've been a part of over the years.Take care & best wishes to ya! ~Vanessa Brown

ALEX KANE  Butterflyeleven • 5 years agohey. i sell crack to children. kidding. I made a band in England called AntiProduct that I sorta see as the sequel to LSD in a way but WAAAY weirder, apparently. I'd love for you and everyone else to check that out for sure!!! AntiProduct. I love the shit outta that! I'm singing?!?! other than that its mostly the crack...

Butterflyeleven  ALEX KANE • 5 years agoThats ok, the only reason my kids like me so much is because I let them smoke all the crack their little hearts can stand....ha ha jk! :) I'll definitely check out AntiProduct!! My son has a band called We Are Monuments, he is the lead guitar player. He taught himself to play at age 11 from a "Guitar World" magazine. They only have 2 songs recorded right now, but are recording an EP. He would freaking kill me if I didn't ask you to check out their Youtube.

Craig Douglas  Butterflyeleven • 5 years ago alex kane....please tell us where stanley is these days. 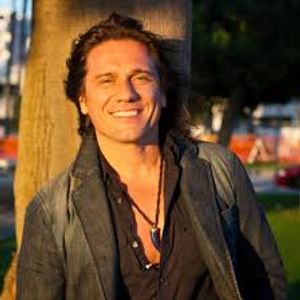