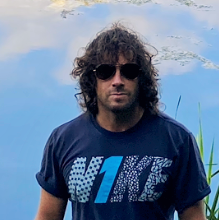 The EP, that strange format in-between singles and albums. What makes up an EP? It can be anything - all new material, demos, live tracks, remixes, or anything else an artist (or record label) can think of. While around since 1919, the EP format never had a more successful decade on the charts than in the 1990s. "Jar of Flies" by Alice In Chains became the first artist to have an EP reach number one on the Billboard 200 chart, and that wasn't the only commercially successful EP of the era. Nine Inch Nails, Ugly Kid Joe, Radiohead, My Bloody Valentine, Nirvana, Ride, The Smashing Pumpkins, and many more released essential music on EPs.

Tribute Albums Of The 90s

What makes a great tribute album? We sort through over a hundred released in the 1990s to highlight the best collections of curated covers

Tribute Albums Of The 90s

We're joined by a variety of guests to review new releases by Nada Surf, The Cult, Weezer, Bob Mould, Radiohead, Face to Face and more